The lost draft has been found! I was recently revamping how I backup my data and randomly ran across a text file in a weird place. It was the draft of part two of my series on migrating from Wordpress to Jekyll!

The first post in this series talked about backing up the old Wordpress site, exporting the site data for Jekyll, installing Jekyll and choosing a theme, putting together the new site, and hosting the content on Netlify. This post talks about cleaning up the exported content, improving my chosen Jekyll theme, porting my blog’s comments to the new site, and getting email service set up.

The Markdown files that I exported from Wordpress (see previous article for more) were very messy. I set about the time-consuming task of cleaning them up. Here are some of the problems I encountered.

The most problems by far were caused by images.

All these issues meant that I eventually changed every image reference on my entire site, not to mention resizing and renaming many images and sourcing a bunch of completely new ones. This was a huge time sink. It was definitely the hardest part about this conversion process.

If your site uses lots of images, you’d best give a hard think to how you’re going to handle them. Perhaps there are ways to clean up the image references beforehand to avoid some of the pain I went through. See below for some specific notes on how I transformed all my image references.

There were probably other issues that I’m not remembering now. Two months is a long time to remember such details. Since I lost this draft for several months after that, there’s no way I’ll remember any additional problems, if there were any.

I was able to fix a lot of these issues relatively fast by using multi-file search-and-replace with grep. I use BBEdit as my main text editor. Thankfully I’ve had some exposure to regular expressions in the past, and I’m a fairly quick study. If you don’t have any experience with regular expressions, now might be a good time to learn, otherwise you might have to do a ton of manual work.

Regular expressions/grep can be tricky, though. I actually had to start over from scratch one time, because I messed up my files so badly with a malformed regular expression. When you’re doing a multi-file search-and-replace, there’s no undo! I learned to make most changes one file at a time, even though it took longer, just to be safe.

I liked the TeXt theme a lot, but I’m pretty particular and wanted to make some changes.

I had quite a few comments on my old blog posts. In my mind, the ability to comment on blog posts is part of the entire point of blogging. I want visitors to engage with my material, not just read it and disappear. And I had lots of old comments with great insight. I didn’t want to lose all that conversation. But static sites are, well, static. It’s hard to have dynamic commenting on a static site.

There are various ways to have comments on a static site. Derek Kay does a great job of summarizing the various methods.

After researching the options on Kay’s list, I choose to use Hyvor as an integrated third-party commenting system. Hyvor has a generous free tier for their service, prioritizes data privacy (visitors can comment anonymously), and makes it easy to export your comments if you want to move to another system. They also have a way to import comments from Wordpress. These were all big wins for me. The main disadvantage is that if I ever get really popular, I’ll have to upgrade to the paid tier, which is pretty expensive at $40 a month. But I don’t think that will ever happen for my small blog.

Other options high up on my list were Disqus and CommentBox. I eliminated Disqus because their free tier shows ads by default. You can turn off the ads if you’re a small, private site. But I also read that Disqus has some pretty shifty ethics about data privacy. I eliminated CommentBox primarily because their free tier only allows 100 comments a month. I seldom get that many, but I did back in my heyday of blogging. I didn’t want to run into that limit.

I’m not sure how I should have done it, but the result was that the comments that I imported were all associated with page IDs structured for Wordpress. Example ID:

In the process of figuring this out and doing all the troubleshooting, I ended up with a bunch of junk entries in Hyvor’s list of my site’s pages. Annoying, but not the end of the world. I did report this issue to Hyvor. I was really impressed with how quickly they responded. The link to the old instructions is currently gone, presumably under construction. Here is their article on migrating from Wordpress to Jekyll.

At the end of the day, all the comments from my old Wordpress site now appear on the appropriate posts on my new Jekyll-based blog. I’m really happy I was able to make it work.

It’s worth mentioning that the default styling of Hyvor’s commenting form doesn’t match my site. They have options to modify the styling of the forms, but I haven’t played with that yet. I also haven’t gotten any comments since I made the switch, so I have yet to see whether I will really like using Hyvor for comments.

My main complaint about Hyvor so far is that their commenting form is massive. It takes up almost the entire screen. I would much prefer a minimalist form. 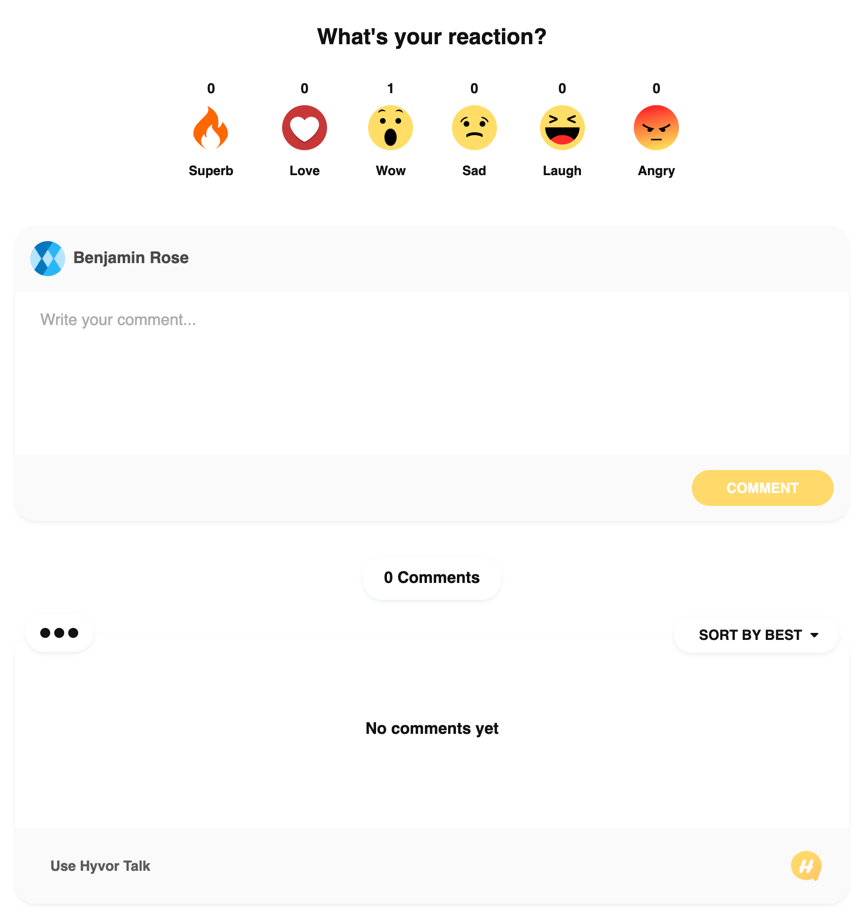 In the end I decided to use ImprovMX as a forwarding service, with Gmail as my actual email provider. This way, people could still send email to my old email address, and it would be forwarded to my Gmail address. I already had an old Gmail address handy, but I had to create new Gmail addresses for my wife and two of the kids.

I took a long time researching and learning about DNS and reading Netlify’s documentation before moving forward. I wanted to get this right, and I enjoyed learning about the arcane workings of email and DNS. In the end, the actual steps were pretty straightforward and easy.

The first thing I did was import all my email into Gmail. There are lots of explanations of this process on the web. Here’s one from howtogeek.com. Then I used Gmail’s “check email from other accounts” to make sure all new incoming mail would make it into Gmail (this whole process took me several days, mainly because of how little free time I have).

To use ImprovMX, I had to set up some DNS entries in Netlify’s DNS panel to forward email requests to ImprovMX’s email servers. Then in ImprovMX’s control panel, I told it which of my old domain’s email addresses should forward to which Gmail address.

I’ve been very pleased with ImprovMX so far. The only snafu so far has been a false alarm where they sent me a message saying my emails were not forwarding, even though they still were.

The final piece to this puzzle was setting up Gmail to send as my old email address. Gmail has instructions on how to do this. It was not difficult. I can even send email from my old address using Apple’s Mail program.

That’s all I have to say. I think I had one more post in mind for this series, but as I’ve mentioned before, it’s not going to happen. Too much time has passed.

I do hope someone finds this post and gets some help from it. If that’s you, thanks so much for reading! Please leave a comment. :)